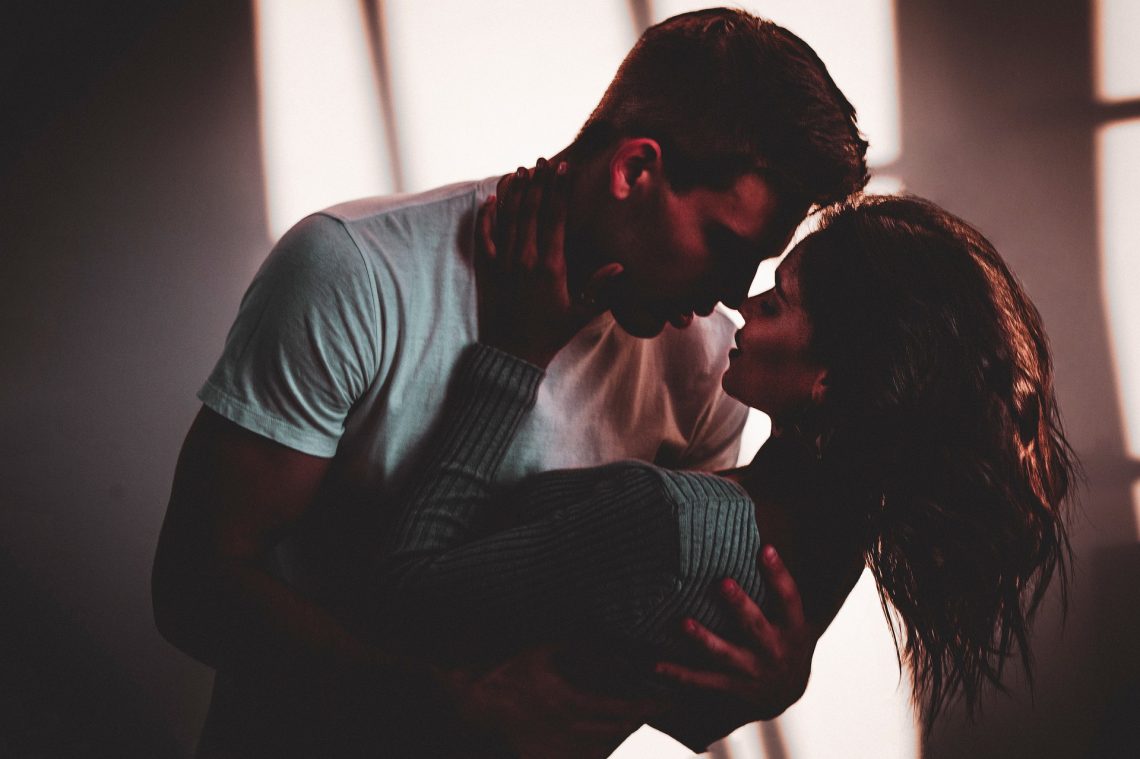 Oh yes, you read me right.

As someone who makes a livelihood from sex, believe me when I tell you that sex is over-rated. However, sex sells.

Are you wondering what the difference is?

From the North Pole to the South Pole, from the big bang to the blackhole and from the Garden of Eden to the present, sex sold, sex sells and will continue to sell. Ever wondered why Lucifer posed as a the snake and went to Eve? Why did Lucifer son of the morning not go to Adam?

Two reasons: firstly, even the Morning Star was drawn to this being, bespoke made by the Creator and secondly, the snake knew that Adam too was drawn to this being. She could sell him any idea under the Sun. So, all he had to do was to sell her the idea she would sell.  There is a lot of selling going on here……

Fast forward from the Garden and Science of creation onto the pages of newspapers, magazines or to the world wide web and there is nothing new or different because sex is still selling wildly. The last time I checked in this September 2020, even a baby formula advert had sexual connotations to it. Women are mostly viewed as objects and their bodies used as the stereotype to push the sexual messages behind the message being described; behind any message…

We can be quick to blame the media and technology.

Hmmm… was there social media in the Garden of Eden? What technology did they have apart from the leaves which would eventually cover their nakedness?

The point is, from the beginning of time, we have somehow sold things on the altar of sex. When selling, one must hype the product knowingly or unknowingly. Hence, the hyper-sexualization of society and the over-rating of sex has continued to evolve. We took sex out of the bedrooms into the boardrooms and ball rooms…. we took it out of any four walls in fact and have it plastered where is has no borders which is in our minds. Sigmund Freud asked many years ago what is on a Man’s mind in his epic diagram shown below.

That is not to say what is on a man’s mind is not on a woman’s mind though…. or is it? 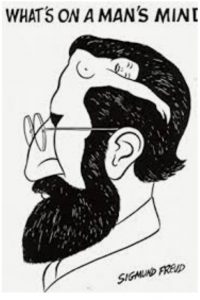 Once sex escaped the four walls of the bedroom, over hyped and hyper-rated, selling branded and rebranded, it commodified the concept. The essence of sex went amiss and relationships though full of sex, some of which pays my bills, have lost meaning. Narrowing this down to marriages, women have had to play along with the over-rating of the sex. When most marriages hit the rocks, it is often the women who begin to ask themselves if they have been inadequate in the bedroom area. Funny is it not? The objectification of women is in part due to the way women perceive themselves in the first place. Many lending themselves to the stereotype. This write up seeks to break the stereo and take the types out of it.

Over the years, I have had many women and men approach me, complaining of how sex has walked out of their bedrooms. My first response to them is why they want to cage what was never in a cage. If you have read this far, you can understand when I tell them sex was never in their bedroom in the first place. I often find the black and ethnic minority clients encounter more difficulty connecting with my concept in an attempt to solve the issue. The paradox is that they are the ones who socio-culturally would not talk about anything below the neck. Talking about sex is a taboo in some of these cultures yet they overate the entire issue of sex and are controlled by it.

Women lend themselves to the narrative of having been born to please. They may attain all the level of education or status in the world but these  do not prepare them to be masters of the bed room, board room or ball room all at once. At best, they may master two with the bedroom being the least one many of them master. Should they be perceived to be masters of the room where beds are, society gives them a label. Should they also fail to master the bedroom, society also will give them a label. For anyway the pendulum swings, what is in public domain since the beginning of time, becomes the undoing of many of us.

A real-life example will best bring the message closer home.

I have a friend…my friend is practically a goddess in every sense of the word. Smart, intelligent: a true highflyer. Pretty with a capital P and oozing sex appeal like one of those nymphs who chose to inhabit Mount Olympus. She got married to the love of her life. The sex was good to start with. She claims it remained good. However, it was still good when her husband, left her and 3 children ten years later, to make himself a new abode in the bosom of another lady.

The opinion types are varied. Her mother thinks she pushed the man out by some sort of disobedience and lack of subservience? Need I mention that her Pastor and his wife have sited a poor prayer life and not having a “prayer war room” as the reason why her marriage broke up. Her friends insist that she was maybe old fashioned and failed to give regular “heads” which she swears was not the case; her husband never asked her for a “head”, and she refused. If all she says is as it is, why has her husband migrated to the arms of someone who appears not to have half the gift of beauty and surface sensuality she has?

How many of us women, research the subject of sex especially those of us from black and ethnic minority backgrounds? How many of us can broach this over flogged topic of sex with our spouses? Are you waiting for them to have the discussion with you? The same way you stereotypically are expected by society to take the blame when things fall apart!

Ahhhh…I see that you are often worried what will people say? What will he think of me if I initiate these discussions? Why should you let your own pleasure and happiness be used as a tool to shame you?  Sex: arguably the most over-rated subject that ALL humans engage in. At the end of the day sex is what you make it out to be, If you act like it is a shameful act you can’t enjoy or control, it will inevitably manifest as just that. The one place you lock sex out of is your own bedroom (arguably it’s rightful place)……you open the door of your mind to an over-rated, over sold subject to rake havoc on your thoughts and induce serial worries.  obvious solutions and acknowledgement of that which is most routine – is what you choose to ignore. One must stress however, It is not the end of the world to ignore it. It is doubtful anyone would label it a crime but just remember to put what is between your ears to a lot more  use than what lies to the south of it to avoid situations in which you come out feeling short-changed, anxious and unloved.

I will leave you all with the good news I now have. It is that my demi-goddess friend I told you about, seems to have got the whole concept now. I can tell she has connected with the progressives’ school of thought. I know she has found herself because she sent me these lines, she put together from Maya Angelou two days ago. Read it and decide if sex sells and let us know if it is over-rated or not.

But when I start to tell them

Men themselves have wondered

What they see in me

They try so much

But they can’t touch

When I try to show them

They say they still can’t see 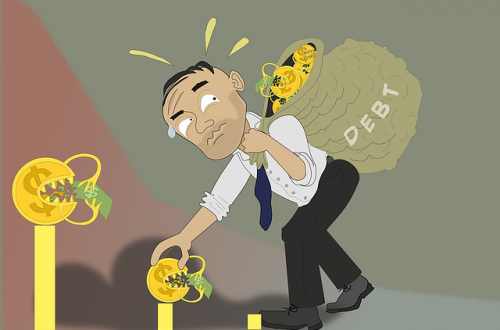 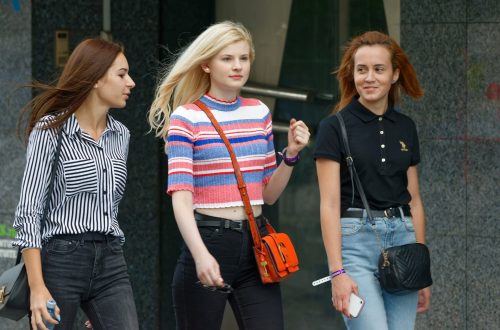 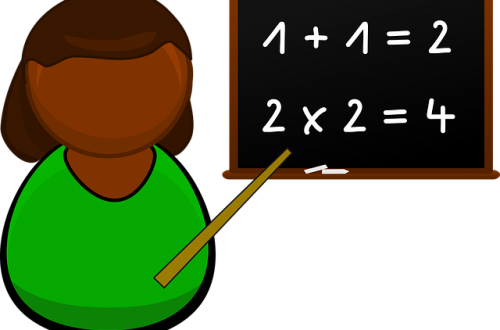