I still remember all the dreams that I had several years before I got married. I envisaged a happy home with a beautiful wife and children around my table like the Bible promised and when the time was ripe, I pursued the girl I felt that I loved.I did it with as much gusto as any man would. You know all the things we men normally do during the chase, all but to no avail. I added prayer, fasting and even began to sow seeds to have this woman and just when I began to conclude that she may never be mine, a stroke of luck came, I was able to leave my country for overseas, to a land of greener pastures and to the place where dreams come true.

Arriving in America actually made my dreams come true with regards to this lady. Now the dynamics had changed and I thought foolishly that she had had a change of heart. We began to talk again and before I knew it, I proposed and to my greatest delight it was a positive answer.

After some time, my wife(let’s call her Ruth) came over. Right from the day she stepped in, I began to notice her quarrelsome nature. Before she came in, I was living in a shared house with some of my school friends but she soon quickly made life uncomfortable for them, I was in a fix but did not want it to look like I didn’t care and support her and gradually these old-time schoolmates had to leave.

I wish I could say that these were the only people who left but one by one, my wife made sure that she caused enough friction that made my relatives not want to visit. No one came into the house that she did not approve of and her sting began to attack even my closest buddies also. She seemed to have no memory of how these buddies had helped us as a couple even during challenging financial times and used her tongue to bring them down, even in their presence.

Initially, it was the female ones and I am talking about female married friends (of course, the single ones did not have a chance!). She was always accusing me of one affair after the other with any woman that appeared close. I am not sure if this was insecurity or just in a bid to make sure she had something derogatory about me. Then she turned on to my male friends and even the ones with whom I first started learning English in primary school were not spared.  Gradually all of my friends stopped coming to the house. Of course, her friends come around and that’s when she treats me the nicest, always using me as a show-off of what a great home she has.

As the years have gone by, God has blessed us with children but rather than our joy increasing, it is decreasing as my wife took another dimension and began to abuse me verbally. Our children are still young and Ruth can come up with the craziest demand expecting compliance at the nick of time. To be honest, she is quite difficult to please. There is hardly anything I do that is good enough. She does not work,  and since  I do, I am responsible for paying all the bills and mortgage but still, I am heavily involved with the housework, I bathe the children, do school runs at times and am the one who does the homework with the kids when I return from work.

Sadly, my wife seems to have a picture of how someone of her calibre and status should live and anything, not in line with it is an enemy as far as my wife is concerned. She wanted us to keep up with the Joneses with regards to cars and the neighbourhood where we live. I recall  with pain the day  after I had been able to eventually buy a house in a neighbourhood that a lot of people would be grateful to live in and expecting the joy to be shared by my  wife as a milestone, she retorted and said “I give you two years  to stay in this neighbourhood and then we must move to XYZ neighbourhood”. Don’t get me wrong, if I could afford it, I may have considered but at least the achievement of buying a house should have been celebrated first.

Almost at every opportunity these days, she would abuse me and even say I am stupid. I never knew our children were taking notice until one day, my son asked, “Daddy, are you stupid?“

I was so shocked at his question but managed to comport myself and distract my son reminding him that as his daddy, I was the superhero. I can never forget the look on my son’s eyes as his confusion seemed to clear to relief.

While all this is going on, you can imagine how our bedroom life is. Sex itself is a weapon and Ruth has long found a reason to move into another bedroom. The verbal insults have not stopped but only taken a new tangent becoming accompanied by physical assaults now. .My beautiful wife whom I nicknamed “angel” has begun to occasionally slap me. Yes,  you read it right. Not even in the boarding school  I attended where the seniors usually punished us unnecessarily, do I remember being slapped so flippantly. I am not a weak man at all, being taller and bigger than she is, I could easily give her the beating of her life but I cannot imagine raising a hand against this woman whom I love dearly.

I cannot begin to write some of the things I have gone through in my own home(there are occasions she has locked me out of the house for the filmiest reason ) and the worst bit is by the time you meet my wife, you will not believe she is capable of such. She has an impeccable smile and is always the first person to be nice to everyone else. At church, she may win an award for the best wife, and I am not sure our Pastors will believe me if I ever let them know sister Ruth is a terrorist at home.

You may wonder if   I may have been too soft and should have put her in her place or maybe I should just leave her but I am afraid of not being able to see my children. I have such a great bond with them I cannot imagine waking up and not seeing them daily and even if I go ahead with a divorce, I am almost sure the court will favour her with a residence order for the children. Sometimes I look back and wonder if God was not preventing me from all this trouble when she initially gave me such a hard time while I was wooing her. I loved her, I still love her and  I am still struggling to accept the fact that one part of me still wants her and wishes that I could just wake up from this ongoing nightmare. Sometimes when my wife acts, I wonder if she is possessed or has there been an evil exchange somewhere?

I am at a loss if there would ever be any change and it is now dawning on me the reality of the statement “You may not be able to handle what you are asking God for”.  Sometimes God spares us the sorrow ahead but we refuse to take No for an answer, only to realize later that his answer was for our good. Not all dreams should come true because some of them are a living nightmare. 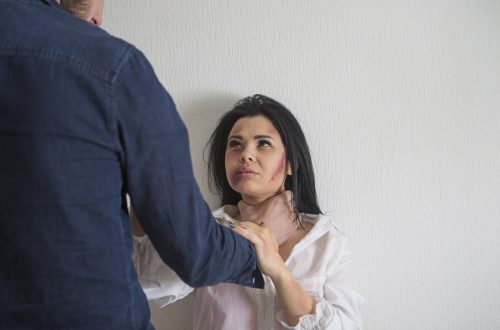 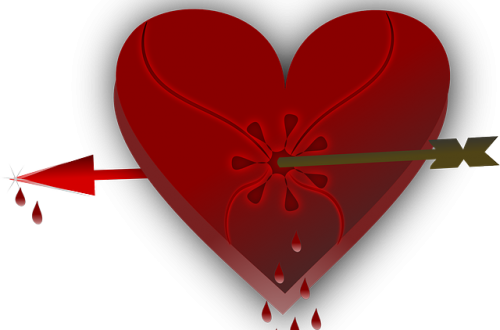